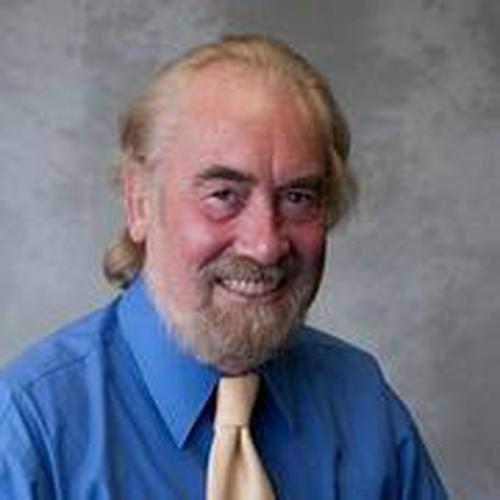 Talks covered by this speaker

Internet Knowledge Mining tools and A.I. For Rapid Response to New Pandemics with Proposals for Synthetic Vaccines and Therapeutics. The Example of COVID19

Barry Robson BSc(Hons) PhD DSc, Professor Emeritus Epidemiology Biostatistics & Evidence Based Medicine,was five years as Chief Scientific Officer IBM Global Healthcare, Pharmaceutical, and Life Sciences and, prior to that, six years as the Strategic Advisor at IBM Global Research Headquarters (T. J. Watson Research Centre). For most of those 11 years he held the prestigious title of IBM Distinguished Engineer.According to Barry’s two page biography written by journalist Brendan Horton in Nature (389,418-420, 1997), Barry was a pioneer in bioinformatics, protein modelling, and computer-aided drug design, interests that he actively continues today.He is the recipient of several honoursincluding the Asklepios Award for Outstanding Vision in Science and Technology at the Future of Health Technology Congress at M.I.T. in 2002. He has helped start up several other companies or divisions in the UK and USA. Barry continues as CEO of The Dirac Foundation in the UK, and Distinguished Scientist (Admin.) at the University of Wisconsin-Stout Department of Mathematics, Statistics, and Computer Science. He is also cofounder of Ingine Inc., Cleveland Ohio USA, a medical A.I. company. While continuing to work for, and then collaborate with IBM, he was also University Research Director and Professor of EpidemiologyBiostatistics and Evidence Based Medicineat St. Matthew’s University School of Medicine which he helped established in its earlier days in the Cayman Islands. Immediately prior to joining IBM in 1998 he was hired as Principal Scientist at MDL Information Systems in California to help put together the technology for the multimillion sale of a bioinformatics system to the holding company forming Craig Venter’s Celera Genomics that produced the first draft of the human genome. Prior to that, he was CSO of Gryphon Sciences (later Gryphon Pharmaceuticals) in South San Francisco, California, a bio-nanotechnology ultrastructural chemistry start-up largely held and then acquired by SmithKline Beecham. Before moving to the US, Barry was the scientific founder of Proteus International plc in the UK, designing and leading the development of the PROMETHEUS Expert System and its underlying GLOBAL Expert System, bioinformaticsand simulation language for drug, vaccine, and diagnostic discovery. It sold for the equivalent of $9.4 million to the pharmaceutical industry in the mid-1990s.. At Proteus, he also led the teamsthat used the above Expert System to invent and patent several diagnostics and vaccines includingfor HIV and the Mad Cow disease diagnostic subsequently marketed worldwide by Abbott. He has over300 scientific publications in Nature, Science, J. Mol. Biol. Biochemical J., including some 50 patents and two books: “The Engines of Hippocrates. From the Dawn of Medicine to Medical and Pharmaceutical Informatics” Robson and Baek, 2009, Wiley, 600 pages)” and “Introduction to Proteins and Protein Engineering” (B. Robson and J. Garnier, 1984, 1988, Elsevier, 700 pages). He has contributed to several reports to governments (EU, US, Denmark) including Panels of the National Innovation Initiative for “Innovate America” published by The Council on Competitiveness, Washington D.C. (2004) as a whitepaper to the President of the United States. He was also an advisor in relation to a major scientific computer-aided drug designcollaboration and network for Peter Feinstein Consultants between work between USscientists and the Russian Science City Arzamas. For five years, Barry was a Nature “News and Views” Correspondent on biomolecules. He was Visiting Scholar Stanford University School of Medicine 1997-1998, Professorial Lecturer Mount Sinai NYC during part of his period at IBM Corporation, and held visiting positions and professorships in INRA and U. Paris-Sud France, and a Technical University of Copenhagen, as well a postdoctoral position at Oxford (Wolfson College) while Reader in Biochemistry at the University of Manchester. Since mid-January2020 he has mainly been working and publishingon the COVID-19 coronavirus.